The City of Hendersonville’s existing water and sewer infrastructure in the Ashe Street Neighborhood and 4th Ave area is aging and in need of replacement. City forces spend significant resources maintaining this aging infrastructure. This area of downtown Hendersonville is ripe with commercial...

The Seventh Avenue Streetscape project is a $1.4 million investment into pedestrian and stormwater infrastructure and landscaping in the business district slated to start in 2021.

The City of Hendersonville is seeking public input on a grant project proposal that could connect the Ecusta Trail to the Oklawaha Greenway and 7th Avenue.

In an effort that began in 2008, a subsidiary of Conserving Carolina successfully purchased approximately 19 miles of rail corridor from South Main Street in Hendersonville to the City/County Sports Complex in Brevard in...
Project Status: Current Projects
Etowah Water Improvements Project 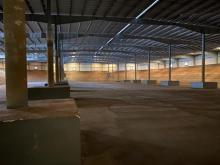 Originally constructed in 1954, the Ewart Hill Reservoir No. 2 is a 5 million gallon covered concrete basin that makes up approximately 30% of the utility's total finished water storage. The improvements consists of installation of a flexible membrane liner to prolong the service life of...

Following a space study and building assessment, it was determined Fire Station 1 was no longer adequate for the growing Hendersonville Fire Department. The findings were presented to City Council in early 2020 that found numerous space and safety concerns. Following demolition of the existing 9... 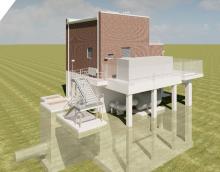 The City of Hendersonville has been in communication with several residents in the lower Laurel Park area who have inquired about connecting their homes to the City’s sewer system. In response to these inquiries, the City plans to hold an informational...