Detectives have a wide variety of techniques available in conducting investigations. A majority of cases are solved by the interrogation of suspects and the interviewing of witnesses. Besides interrogations, detectives may rely on a network of informants that may have connections with persons that a detective would not be able to approach formally.

Evidence collection and preservation is also a key element.

Detectives usually have several years of patrol duty before being appointed to the Criminal Investigations Bureau.

The Captain of the Criminal Investigations Bureau is Dale Patton. 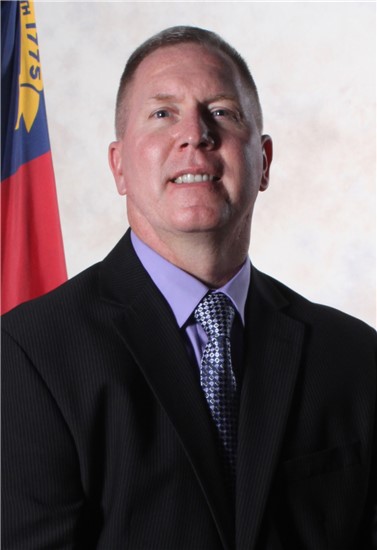 Currently our Criminal Investigations Bureau has seven detectives and an administrative assistant.

To claim their turf, gangs mark their neighborhoods with graffiti. They leave their mark on fences, schools, sidewalks, walls and even homes. Primary gang hangouts are usually heavily covered with graffiti, including streets and street signs. Sometimes, little rival gang graffiti exists, because rival gangs will not risk getting caught or are outnumbered at these primary locations.

Different types of gangs create different types of graffiti. Typically, graffiti will include the name of the gang, nicknames of the members of the gang, slogans or symbols exclusive to the gang, the territory claimed, and even the names of affiliated gangs. Graffiti also includes threats and challenges to rival gangs. In addition, graffiti can be used to show disrespect for rivals. Because members of different gangs often live in close proximity to one another, graffiti can provoke confrontations. When graffiti is not cleaned up immediately, it will multiply as different gangs cross out rivals and add their own graffiti messages.

Gangs use graffiti to gain recognition or to express the identity of the gang. Gang members are motivated to put up graffiti because it reflects their loyalty to the gang. In some cases, new gang members or associates may be ordered by their gang to put up graffiti to show their worthiness to join, and to prove that they are "down for" (loyal to) the gang. Gang members often use nicknames to identify each other, and it is common for these names to show up on graffiti "roll calls" or "placas." Graffiti is used to promote or enhance the names and reputations of the gang and gang members. In some cases, gang members use graffiti to brag about crimes they have committed. It is also not uncommon to find graffiti at the scene of a burglary or other crime.

Marijuana is a green, brown, or gray mixture of dried, shredded leaves, stems, seeds, and flowers of the hemp plant. You may hear marijuana called by street names such as pot, herb, weed, grass, boom, Mary Jane, gangster, or chronic. There are more than 200 slang terms for marijuana.

Findings so far show that regular use of marijuana or THC may play a role in some kinds of cancer and in problems with the respiratory and immune systems.

Cancer:
It's hard to know for sure whether marijuana use alone causes cancer, because many people who smoke marijuana also smoke cigarettes and use other drugs. But it is known that marijuana smoke contains some of the same, and sometimes even more, of the cancer-causing chemicals found in tobacco smoke. Studies show that someone who smokes five joints per day may be taking in as many cancer-causing chemicals as someone who smokes a full pack of cigarettes every day.

Lungs and Airways:
People who smoke marijuana often develop the same kinds of breathing problems that cigarette smokers have: coughing and wheezing. They tend to have more chest colds than nonusers. They are also at greater risk of getting lung infections like pneumonia.

Immune system:
Our immune system protects the body from many agents that cause disease. It is not certain whether marijuana damages the immune system of people, but both animal and human studies have shown that marijuana impairs the ability of T-cells in the lungs' immune system to fight off some infections.

People who use drugs experience a wide array of physical effects other than those expected. The excitement of a cocaine high, for instance, is followed by a crash: a period of anxiety, fatigue, depression, and an acute desire for more cocaine to alleviate the feelings of the crash.
Marijuana and alcohol interfere with motor control and are factors in many automobile accidents. Users of marijuana and hallucinogenic drugs may experience flashbacks, unwanted recurrences of the drug's effects weeks or months after use. Sudden abstinence from certain drugs results in withdrawal symptoms. For example, heroin withdrawal can cause vomiting, muscle cramps, convulsions, and delirium.

With the continued use of a physically addictive drug, tolerance develops; i.e., constantly increasing amounts of the drug are needed to duplicate the initial effect. Sharing hypodermic needles used to inject some drugs dramatically increases the risk of contracting AIDS and some types of hepatitis. In addition, increased sexual activity among drug users, both in prostitution and from the disinheriting effect of some drugs, also puts them at a higher risk of AIDS and other sexually transmitted diseases.

Because the purity and dosage of illegal drugs are uncontrolled, drug overdose is a constant risk. There are over 10,000 deaths directly attributable to drug use in the United States every year; the substances most frequently involved are cocaine, heroin, and morphine, often combined with alcohol or other drugs. Many drug users engage in criminal activity, such as burglary and prostitution, to raise the money to buy drugs, and some drugs, especially alcohol, are associated with violent behavior.