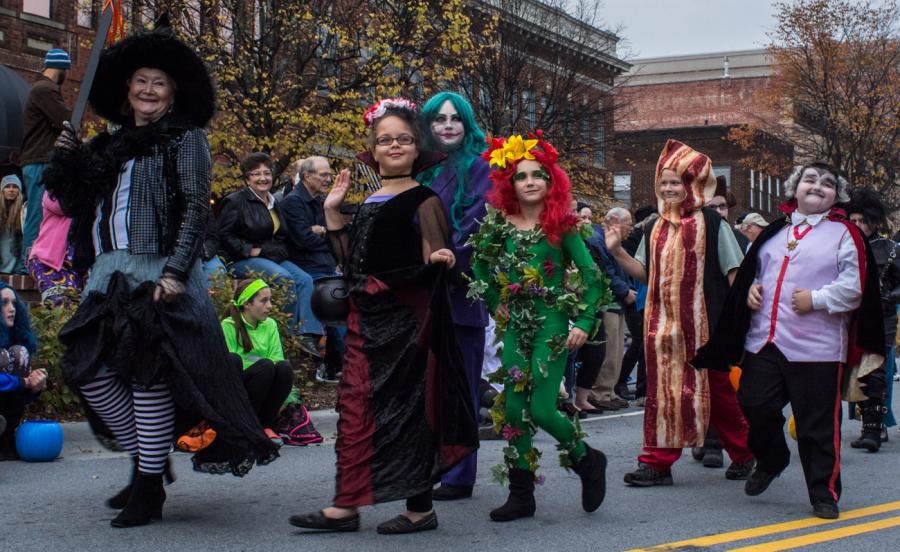 Trick-or-Treat! Monsters, ghosts, and goblins will be on parade in downtown Hendersonville this Halloween Monday (October 31), from 5 p.m. until 8 p.m., at the family-friendly Treat Street Carnival. Candy sponsor, Ingles Markets have generously provided extra candy for the downtown merchants to distribute.

The event, which combines the Friends of Downtown Hendersonville’s Trick or Treat Street, Henderson County Parks and Recreation’s Halloween Carnival, and Hola Carolina's Día de Los Muertos (Day of the Dead) celebration, will include a costume contest, Monster Mash Sound Extreme DJ party, the kid zone sponsored by Biltmore Church, a variety of inflatables as well as performances in the spirit of Día de Los Muertos.

Trick or treating with downtown merchants kicks off at 5 p.m. along Main Street from Allen Street to Sixth Avenue. In addition, local organizations will set up treat contributor booths in the 400 and 500 blocks.

Costume contest registration begins at 5 p.m. at the courthouse square and judging, which includes age categories for infants to age 3, 4 to 7, 8 to 11, 12 to 15, and 16-plus and family/group contestants will start at 6 p.m., with the pet category first to be judged.

This is a full street closure of Main Street from Sixth Avenue to Allen Street. No parking after 1 p.m. for setup. For more information, call 828-329-5658.