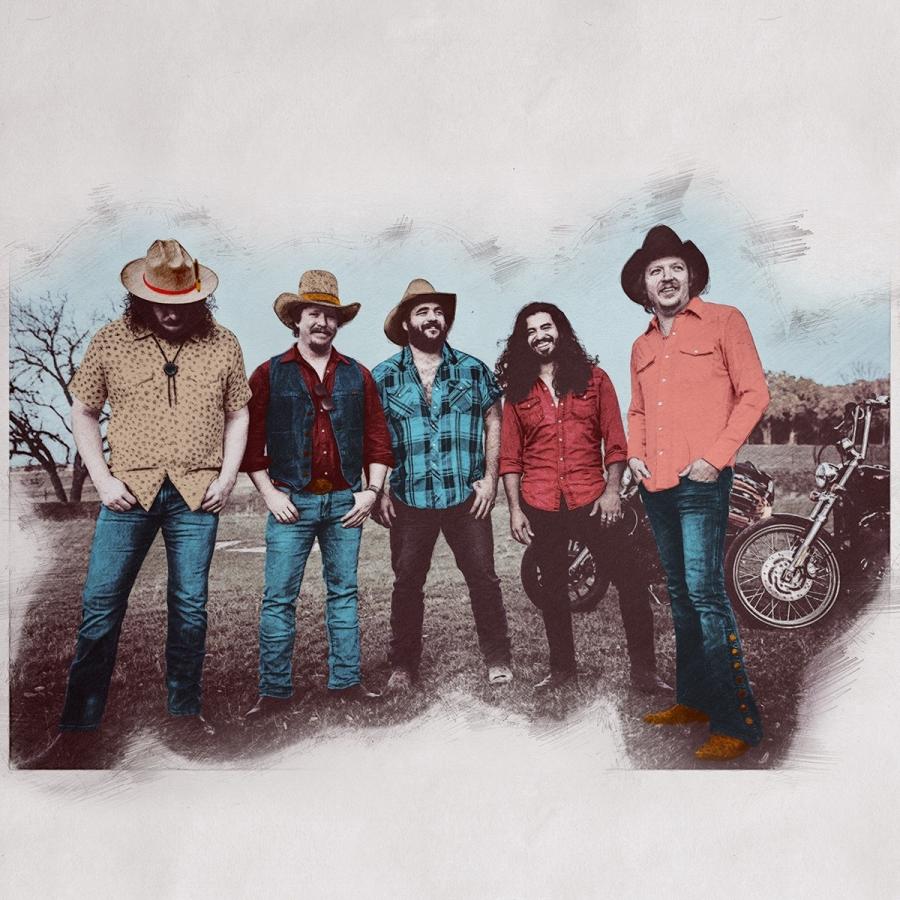 HENDERSONVILLE, NC – Get ready to boogie on Main Street! The 2021 Rhythm & Brews Concert Series will put on its third show of the season on Thursday, September 16 with headliner Mike and the Moonpies and opener Kenny George Band.

Rhythm & Brews is Hendersonville’s premier live music event. The concert is free and takes place on the third Thursday of each month from July-October on the south end of Main Street, closing off the blocks between Allen and Caswell streets. Kenny George Band will start the show at 5:30 p.m. followed by Mike and the Moonpies, who will play from 7:30-9:30 p.m.

Mike and the Moonpies (headliner):

Once celebrated as Austin's premiere dancehall band - with popular residencies at local institutions like The Hole In the Wall, Broken Spoke and the White Horse to match - the Moonpies have spent years expanding their reach far beyond the Lone Star State. Geographically, they'll always be a Texas band. Musically, they've grown into much more than that, having traded the two-steppin' twang of their earlier years for a diverse sound that's both fresh and familiar. That sound has earned the group an international following, and it was during a European tour that the bulk of their recent album Cheap Silver and Solid Country Gold was created - in the same world-renowned, London-area recording studio where the Beatles recorded Sgt. Pepper's Lonely Hearts Club Ban­d and Pink Floyd tracked Dark Side of the Moon, no less. "Every time we've taken a step forward, it's a result of us refusing to become stagnant," says Harmeier, who's joined by his longtime bandmades — pedal steel player Zach Moulton, guitarist Catlin Rutherford, bassist Omar Oyoque, keyboardist John Carbone, drummer Kyle Ponder, and producer/collaborator Adam Odor — on Cheap Silver and Solid Country Gold's eight tracks. "We left our dancehall residencies years ago because we wanted to expand our touring beyond Texas. We updated our approach with Mockingbird, then went back to a more traditional sound — in a 1970s, Johnny Paycheck-inspired way — with [2018’s break-out album] Steak Night at the Prairie Rose. Ten years into our career, we're still finding our voice… and we're realizing that maybe it's not one voice, but a collection of voices."

Music’s elders and icons established the initial template for Rock ‘n’ Roll, but it’s the newer generation that keeps it thriving and moving forward. So credit the Kenny George Band for doing exactly that. Comprised of Kenny George (lead guitar, vocals, songwriter), Randy Borawski (drums, harmony vocals), Center Ely (steel guitar) and Brooks Andrews (bass), this hardworking ensemble has earned their stripes the hard way. Performing an average of 150 to 180 shows per year throughout the heartland, they bring their music to the masses one gig at a time. Hailing from Aiken, South Carolina, the Kenny George Band has created an indelible impression with fans throughout the Southeast and Midwest, playing 250 concerts in the last two years alone. They’ve traveled the highways and byways between North and South Carolina, Tennessee, Virginia, West Virginia, Alabama, Georgia, Pennsylvania and Missouri, reconnecting with their fervent followers and picking up new fans along the way.

September 16: Mike and the Moonpies with opener Kenny George Band

New this year, the R&B Super Fan Tent provides an enhanced experience with an exclusive, shaded viewing area including beer, wine and light refreshments. Individuals can become R&B Super Fans for $100 donation per show, with proceeds going to the 501c3 organization, Friends of Downtown Hendersonville, which organizes Rhythm & Brews. The package includes two Super Fan Tent wristbands and two R&B season t-shirts. Visit the event website for more information on how to become a Super Fan. The Super Fan Tent is supported by Bryan ‘b2’ Byrd, Realtor with Keller Williams Mountain Partners.

Enter to win special access to the Rhythm & Brews Super Fan Tent! The prize includes exclusive access for two for the September 16 show with headliner Mike and the Moonpies, plus two season t-shirts, beer and wine, and snacks from Moe’s BBQ throughout the event. Five winners will be chosen the week leading up to the September 16 show. If you don't win for the September show, you are automatically entered for our October 21 show! Learn more about how to enter at WTZQ.com.

Interested in volunteering at Rhythm & Brews or another Friends of Downtown Hendersonville event? Fill out the volunteer interest form.

Due to the rise in cases of the COVID-19 Delta variant, event organizers ask individuals who are experiencing symptoms or have been knowingly exposed to the virus to stay home.

Event organizers ask attendees to leave their pets safely at home. Coolers are not allowed into the event. Chairs from home are allowed in specified areas. On and off-street parking is available surrounding the event space. Read more about parking in downtown Hendersonville.

Rhythm & Brews Concert Series was started in 2013 by Friends of Downtown Hendersonville, a 501c3 nonprofit operated by the Downtown Division of the City of Hendersonville Community Development Department. Proceeds from the concert series benefits downtown events, promotions and programs to support a vibrant downtown. For more information, visit downtownhendersonville.org.