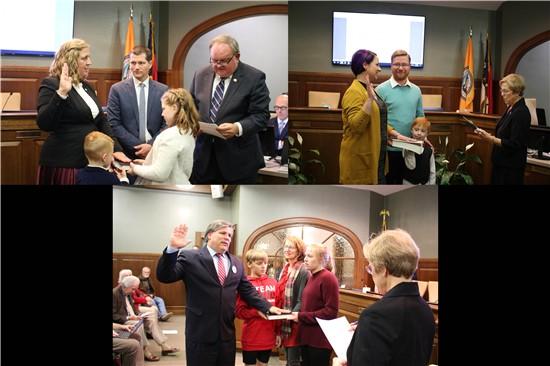 During the December 5, 2019 City Council meeting, Council Members Steve Caraker and Ron Stephens were recognized for their service to the City of Hendersonville and each honored with a Proclamation of Appreciation and Respect.

Council Member Jennifer Hensley was sworn in with the Oath of Office administered by Representative Chuck McGrady.

Council Member Lyndsey Simpson was sworn in with the Oath of Office administered by Mayor Barbara Volk.

The Council made nominations and voted to fill seats on the following committees and advisory boards: