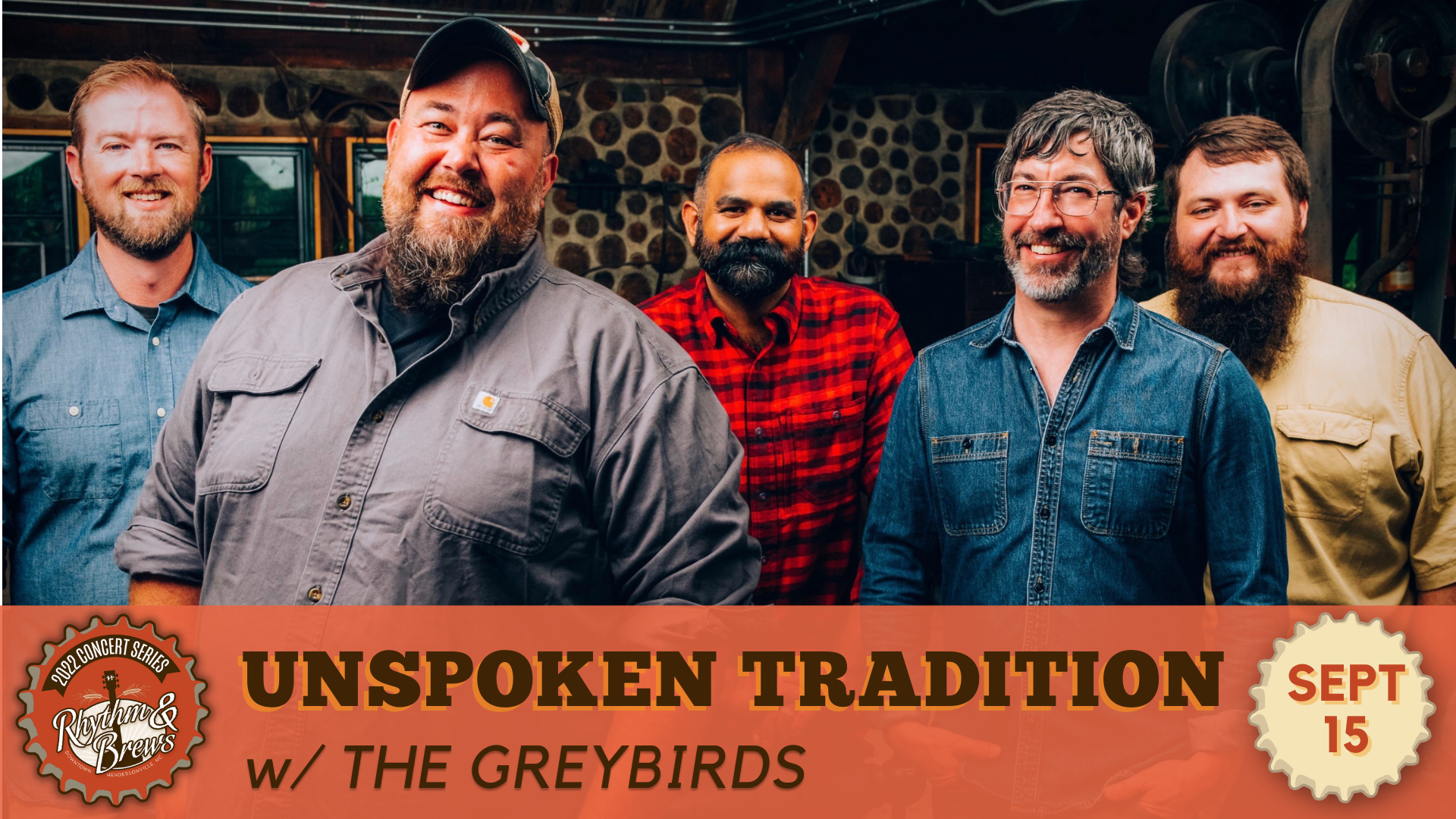 Rhythm & Brews Concert Series, presented by Horizon Heating & Air Conditioning, is excited to announce Unspoken Tradition as the updated headliner for the season-closer show on September 15.

Beginning in May and running through September, these free outdoor shows ramp up downtown fun on the third Thursday of each month, complete with craft beverages, food trucks, and kids’ activities. Each concert takes place at the south end of Main Street, closing off the blocks between Allen and Caswell streets.

Unspoken Tradition is about new, original Bluegrass. Inspired by their own influences and the roots of traditional music, they bring a sound that is both impassioned and nostalgic, hard-driving but sincere. Their 2019 release from Mountain Home Music Company, Myths We Tell Our Young, debuted at #5 on the Billboard Bluegrass charts and has seen 5 top-charting radio singles, including a #1 spot on the Bluegrass Today chart for “Dark Side of the Mountain.” Their material is mostly original and reflects the ever-changing culture of Western and Central North Carolina, where they call home. The band has earned a fervent following in the Southeast, selling out shows in Asheville, NC as well as the legendary Station Inn in Nashville, TN. They have also performed twice on the coveted Watson (main stage) at MerleFest.

Rhythm & Brews Concert Series was started in 2013 by Friends of Downtown Hendersonville, a 501c3 nonprofit operated by the Downtown Division of the City of Hendersonville Community Development Department.