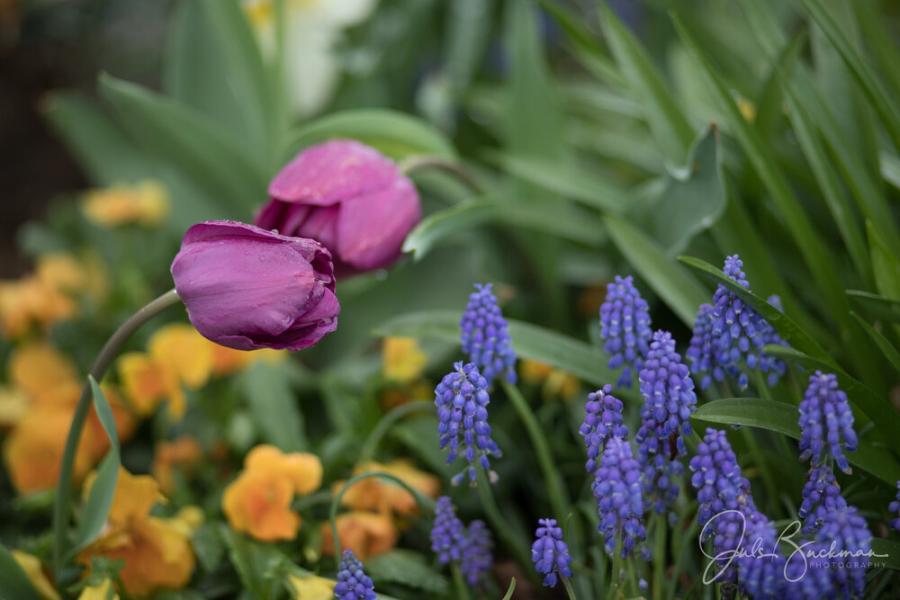 Spring has sprung in downtown Hendersonville North Carolina is coming alive with color, just in time for the annual Tulip Extravaganza. "It's been a challenging couple of years but spring is upon us which means downtown will be in full bloom.", said Barbara Hughes, owner of Narnia Studios and sponsor of the annual "Tulip Extravaganza".

The event generally runs late March-April 30, which includes the week of Easter (April 17) and Passover this year (April 15-23).
Downtown merchants are hoping residents will bring their out-of-town guests for a month of colorful shopping and dining.

Businesses will also have unique ways to welcome the crowds and spring.
“Many businesses will have tulip-themed displays in their windows as well as offering their spring specials including sidewalk sales April 8-9,” said Hughes, who, as a florist, has a natural connection, created the celebration and subsequent tulip photo contest.

Residents can enter their best tulip photos in the contest at Narnia Studios. Photos must be taken in downtown Hendersonville and the deadline to enter is April 25.

The winners will be announced April 29.

Hughes has been in love with flowers for as long as she can remember. She is still surrounded by flowers, as 8,000-10,000 tulips bloom in the planters on Main Street when spring arrives.

“Our special tax district for Main Street pays master gardeners Scott Johnson and Bruce Lowe to create beautiful landscaping in the planters along the sidewalks,” she said.

“The bulbs we planted in the fall should be in full bloom the second and third week of April,” Johnson added. “Lots of tulip leaves are already poking through the flower beds.”

“Downtown Hendersonville is such a treasure to Western North Carolina,” she said. “We anticipate as many visitors as tulips.”