State of Emergency Issued Ahead of Tropical Storm Ian 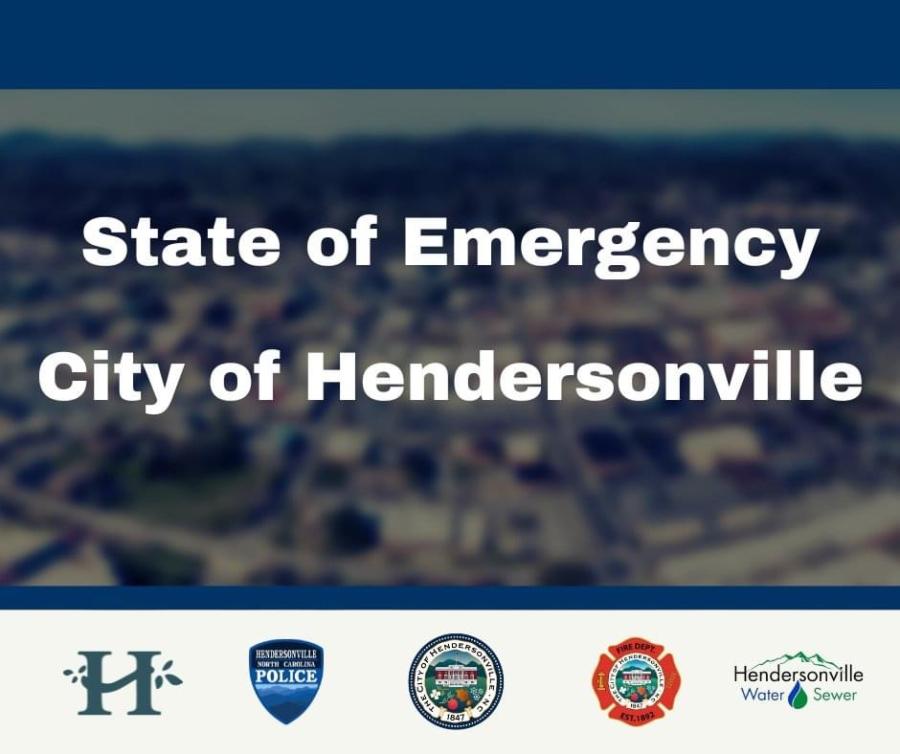 The City of Hendersonville has issued a State of Emergency ahead of Tropical Storm Ian that goes into effect at midnight on September 29, 2022. A state of emergency can be declared in the event or imminent threat of a natural disaster. Declaring a state of emergency helps governments protect communities from the immediate dangers of a disaster, in part by providing resources for rescue, shelter, or evacuation.

Mayor’s Proclamation of State of Emergency

Whereas, a state of emergency has been declared by the City of Hendersonville Mayor Barbara G. Volk to exist under N.C.G.S. § 166A-19.22, and as authorized by Hendersonville Code of Ordinances Chapter 36, Article V, Division 2, and

Whereas, the State of North Carolina has vested in the City Council and, where so ordained, the Mayor the power to issue proclamations restricting the movement and other actions during declared emergencies, and

Whereas, I, as Mayor have adjudged it practical and expedient because of existing circumstances to declare an emergency and issue such a proclamation.

Now, therefore, by the power vested in me by the State of North Carolina and pursuant to the City Code of Ordinances, Section 36-182, I, Barbara G. Volk, Mayor of the City of Hendersonville, do hereby declare that a state of emergency is in effect and proclaim the effectiveness of emergency procedures as follows: